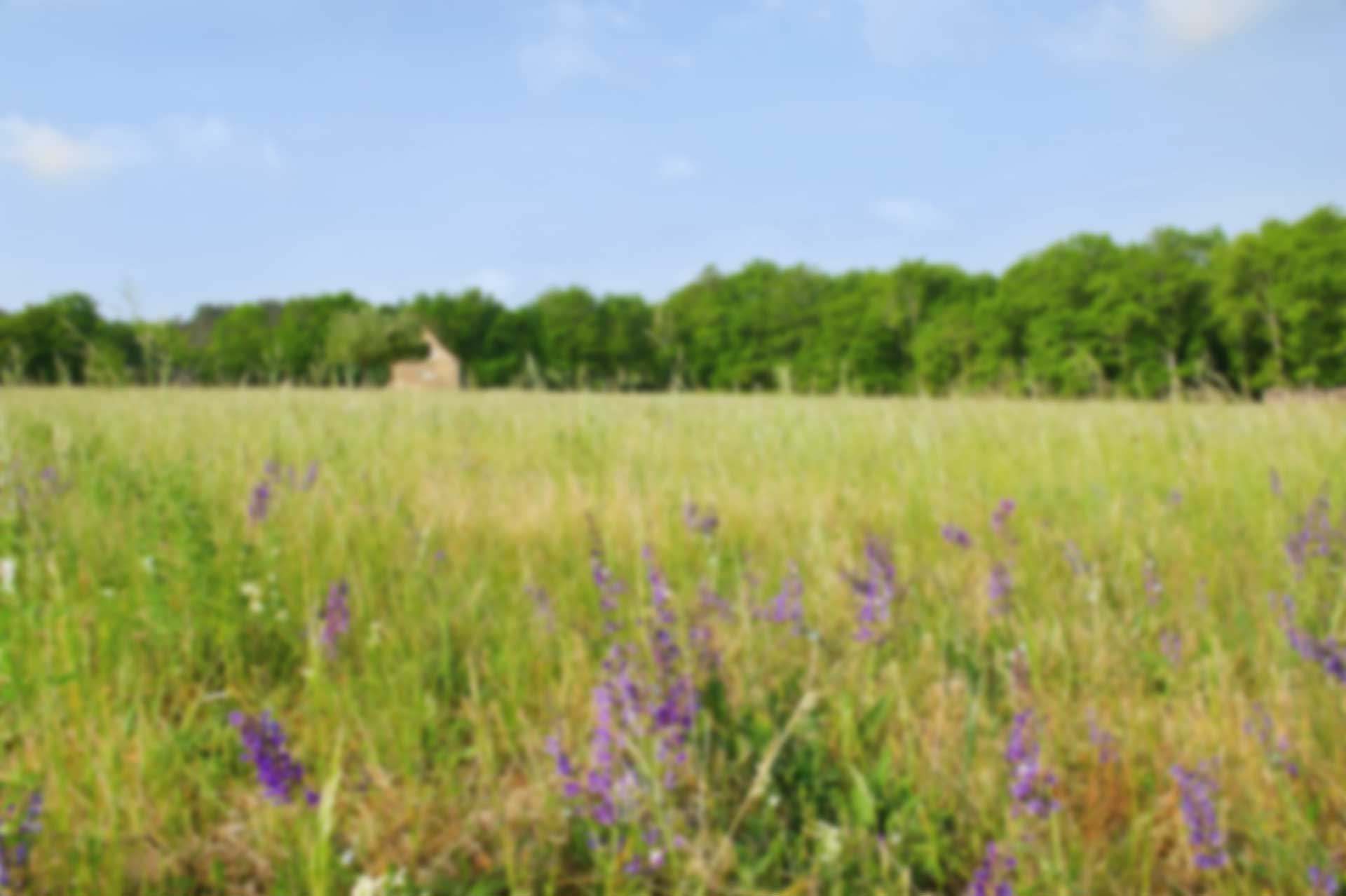 About The Area – The Dordogne or Le Périgord

The Périgord is a region containing many sites of prehistoric habitation, having possibly been inhabited by man for 450,000 years. The shelters and caves of the Vézère valley offer the public a unique testimonial of the lifestyle of our ancestors. This land still abounds with the vestiges of Gallo-Roman cities, religious buildings (Romanesque art) or medieval forts.
View photo 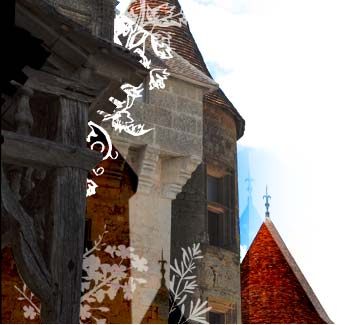 With the discovery of prehistoric caves and shelters, the history of the Périgord goes back well beyond any dates. However, one can reasonably assert that the history of the Périgord began in the Roman period, when the inhabitants of the Dordogne were the ‘Petrucores’. The first traces of the emergence of our Périgord territory date to its attachment to the Roman province of Aquitaine.
In the 10th century the Périgord was divided into baronnies: Beynac, Biron, Bourdeilles, and Mareuil. In the 12th century, the Périgord became a county and the abbeys of Boschaud, Cadouin, Chancelade and Sarlat were built. Following the French Revolution, the Constituante established the Dordogne, and defined its communes and cantons.
Despite the rural exodus of the 19th century, agriculture remained an important activity and was complemented in the 20th century by the development of tourism.
View photo 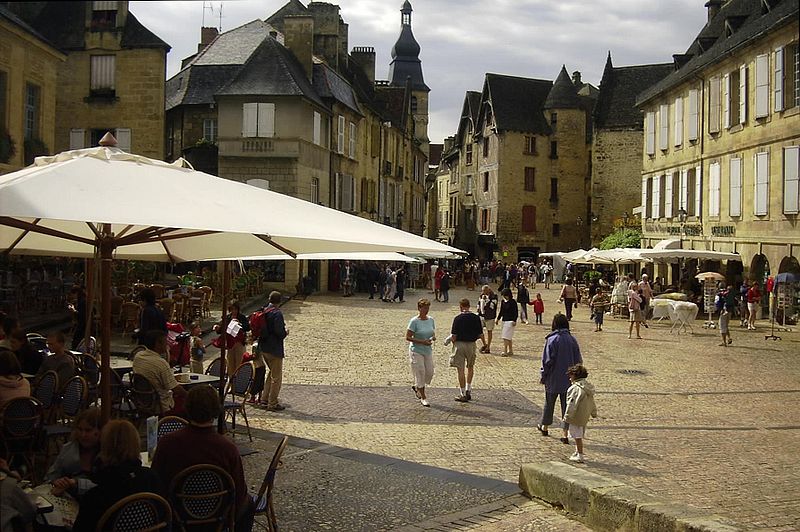 About The Area – Sarlat-la-Canéda

The town of Sarlat-la-Canéda has been able to maintain and preserve the marks of its history.
Sarlat is a medieval city which grew around a great benedictine abbey of Carolingian origin. As a monastic estate, it reached its peak in the 13th century.

The origin of the abbey is lost in the legends. It existed in the 9th century, as part of the six great abbeys of the Périgord (Paunat, Belvès, Saint Front de Périgueux, Brantôme, Terrasson). The Carolingian abbey of Sarlat was the only one to have been saved from the Vikings, being away from the Dordogne and its affluents. It remained independent and came in 1153 under the direct protection of the Holy See in Rome. It was rebuilt during the Romanesque period, between 1125 and 1160. In 1318, the Abbey was the seat of the new bishopric created by Pope John XXII. The abbey church became the cathedral of the Sarlat diocese. The bishops, having replaced the abbots, launched its architectural conversion which was completed only in the late 17th century.

From the 14th century onward, bishops and consuls shared the power up until the French Revolution. Having become an episcopal city, Sarlat played a prominent role during the Hundred Years’ War. With its stocks of men at arms, ammunition and food, the fortified town was also defended by the nearby castles and was able to come to the rescue of other towns besieged by the English: Belvès, Domme, Montignac. Sarlat however became English, following the Treaty of Brétigny in 1360. It rallied to the King of France ten years later, when the English were pushed back by Constable du Guesclin. The town, although it had played the same part as previously, had to surrender twice and suffered harsh demands from the Captain de Vivans and the Vicount of Turenne.

A rebellion known as the Fronde marked the end of this propitious period in 1652. Sarlat was once again occupied by the troops of Condé. It freed itself in a bloodbath. The architectural quality of its monuments and of its buildings testifies to the city’s dynamism and its ability to maintain itself through the great economic currents. After the disappearance of the diocese (attached to that of Périgueux) during the Revolution the town lost its prominence. Having become a sous-préfecture, it went into a 150-year slumber and began to liven up again only 40 years ago.

One can safely assume that many other French towns had streets as odd and picturesque and monuments as handsome, but moderns times gradually destroyed these treasures from the past. Sarlat was miraculously saved by the so-called Malraux law promulgated on August 4th,1962. This law, which relates to the restoration of the protected sectors, came into effect for the first time in France in Sarlat. The small medieval town centre, with its 65 protected monuments and buildings, served as a pilot site for the implementation of financing plans and restoration criteria.

« This place is the Frenchman’s Paradise » (Henry Miller).
In 1965, the two communes of La Canéda and Sarlat merged under the name of Sarlat-la-Canéda. 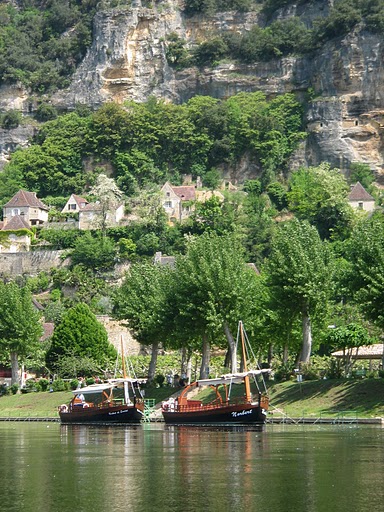 About The Area – The Dordogne River

The river Dordogne (Dordonha in the Occitan language) is sometimes classified as a French river of the Massif Central and the Aquitanian Basin.
The Dordogne valley is listed as a region of art and history.

The Dordogne offers a wide array of tourist activites during your holidays and stays: Canoeing, Whitewater rafting, hydrospeeding, sport or leisure fishing, bathing, sailing, rowing, motorboating, waterskiing and, typically, river boating with the Gabares.
The gabare or gabarre is a flat-bottom, shallow-draught boat traditionally used on the Dordogne, the Garonne and by the Loire navy. The gabare was used for the transport of goods. This vessel is clinker built, that is, the boards forming the hull are laid on top of each other and held in place by wooden pieces. The goods transported comprised ores and various agricultural products, but mostly wood for the barrel-making industry (wood from Auvergne for the Bordeaux barrel-makers along the Dordogne on the trip downriver, Atlantic salt for the North of Quercy and the Auvergne on the return trip). Nowadays, a number of gabares have been reconstructed for sightseeing purposes

The Dordogne valley with its fabulous landscapes and a few tourist sites have been able to preserve the valley’s historic past.